Asan N'Jie has been fired from the soap opera after a fight with fellow actor Jamie Lomas at the TV Choice awards.

Video emerged of N'Jie throwing punches and swearing at the Hollyoaks star on Monday evening after the ceremony.

"ITV executives have met with him this morning and as a consequence Asan's contract has been terminated with immediate effect."

N'Jie apologised for what he called his "unacceptable" behaviour at the ceremony.

In a statement he said: "My behaviour at the TV Choice Awards was completely unacceptable and very much out of character.

"I sincerely apologise to everybody who has been affected especially Jamie Lomas, the whole Emmerdale team, our audience, ITV, my family, and the organisers of the TV Choice Awards.

"I am devastated, accept full responsibility for my actions and I am determined to learn from this."

N'Jie, who played Ellis Chapman on the show, was apparently ejected from the event in Mayfair, London, by security after the scuffle.

He had been nominated for the show's storyline involving his character being stabbed, but lost out to EastEnders' Kara-Leah Fernandes.

Lomas has been a soap regular for years, playing Warren Fox on Hollyoaks for more than a decade, and also appearing on EastEnders as Jake Stone. He was the runner-up in I'm A Celebrity... Get Me Out Of Here! in 2017.

According to The Sun, it was Hollyoaks actor Malique Thompson-Dwyer who split the pair up.

A video on the Daily Mirror showed N'Jie being held back by someone and shouting at Lomas. At the end, an unknown voice cries out: "It's only the TV Choice awards."

Emmerdale beat Hollyoaks to pick up Best Soap at the ceremony, which was held at Hilton Park Lane in Mayfair. 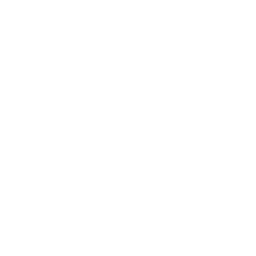